Audience with the Minister of Mines, Energy and Water of the Republic of Mali 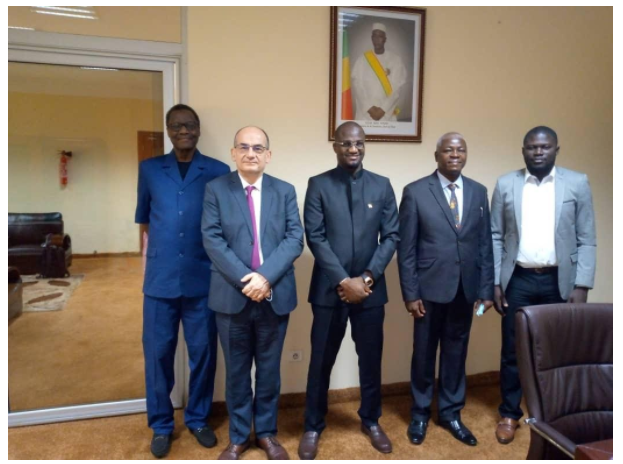 Audience granted by H.E. the Minister of Mines, Energy and Water of the Republic of Mali on May 11, 2021 within the framework of the mission of the network actors in Bamako.

On behalf of the ministerial cabinet :

On behalf of the network :

The network team presented the network through its research programs, centers, fellows and upcoming events including the Niamey bootcamp on multi-scale approaches to the impacts of artisanal and industrial gold mining in West Africa: Issues, Methodologies and Research Perspectives.

An invitation was sent to H.E. the Minister so that his teams could take part in this regional mass on mining.

Other events
Cookie managementPersonal dataPrivacy Policy I understood
By continuing your navigation on this site, you accept the use of cookies to allow us to offer you the best service.